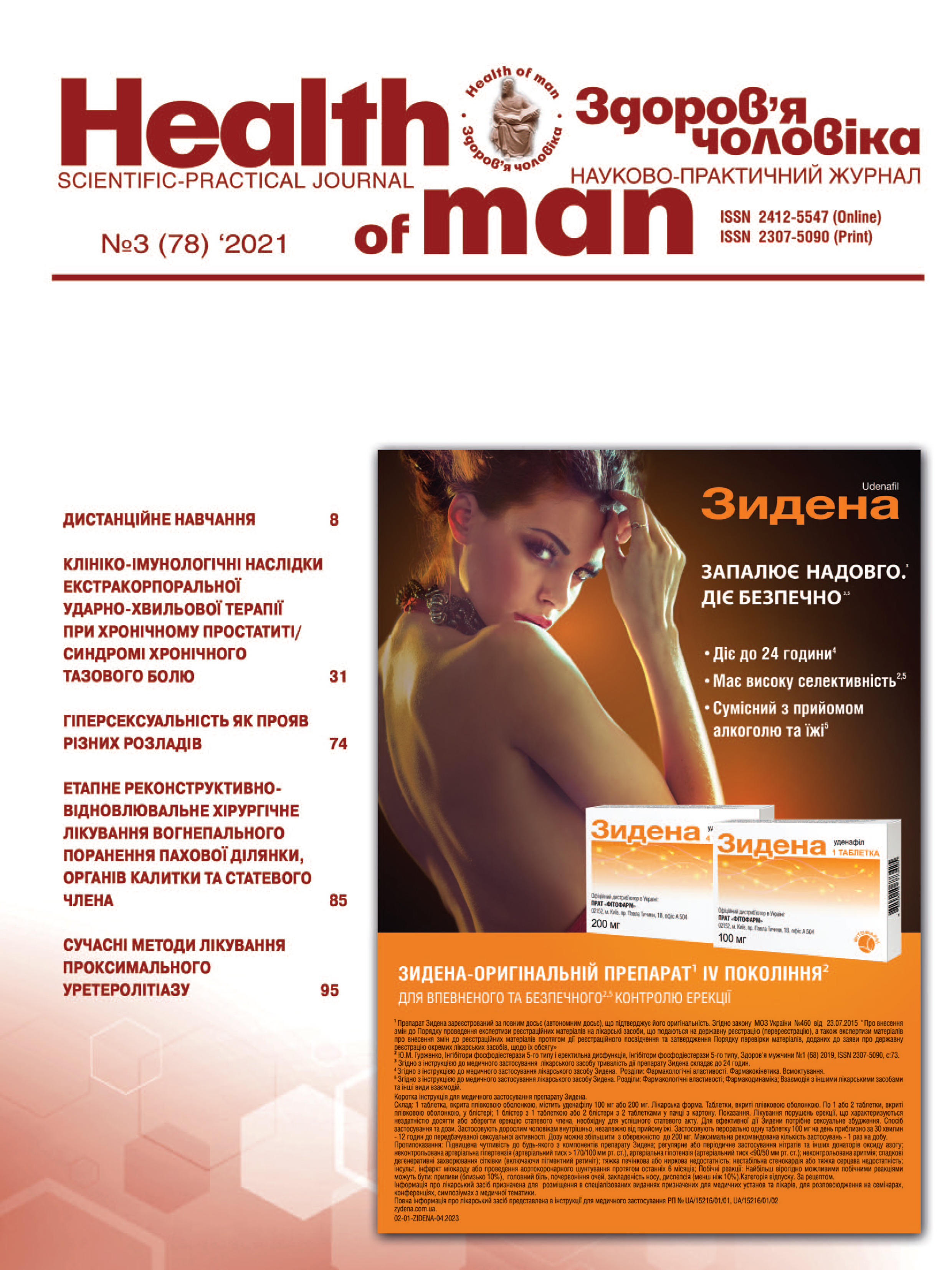 Sexual health is a state of physical, emotional, mental and social well-being associated with sexuality. The complexity of the female sexual reaction lies in its dependence on many physiological, psychological and sociocultural factors.

The objective: a comprehensive analysis of erogenous zones in women of reproductive age, taking into account the types of localization of the paraurethral glands, assessment of their sexual function and the causes of its disorders.

Materials and methods. A comprehensive study to confirm the existence of female paraurethral glands and their functional activity, performed at the Institute of Urology of the National Academy of Medical Sciences of Ukraine (Department of Reconstructive Urology and Advanced Technologies), took 94 relatively healthy women of reproductive age, who as a result of a comprehensive examination paraurethral glands of different types of localization (anterior, posterior, diffuse). Analytical-synthetic, comparative analyzes were used. Average values with their standard error were calculated; in cases of comparison of statistical values, Student’s test was used.

Results. The relationship between the localization of the paraurethral glands in women of reproductive age and the peculiarity of the manifestation of sexual relations has been traced. Differences in the number and severity of the reaction of erogenous zones among this category were revealed. Sexual dysfunctions in 24 (25.5%) of 94 women were predominantly in the posterior type of localization of the glands (50% versus 37.5% and 12.5% in the anterior and diffuse types, respectively). Among the reasons for dissatisfaction with sexual relations, women most often indicated satisfaction (36.2%), then – reaching orgasm (22.4%) every fifth noted the absence (decrease) of sexual arousal and 13.7% – a decrease in desire; dyspareunia was observed in 8.6% of cases, was inconsistent and manifested itself with individual partners. These features were mostly manifested in cases with the posterior type of localization of the paraurethral glands of different reproductive ages.

Conclusion. The results obtained made it possible to reveal the features of the sexual life in women, depending on the type of localization of their paraurethral glands.