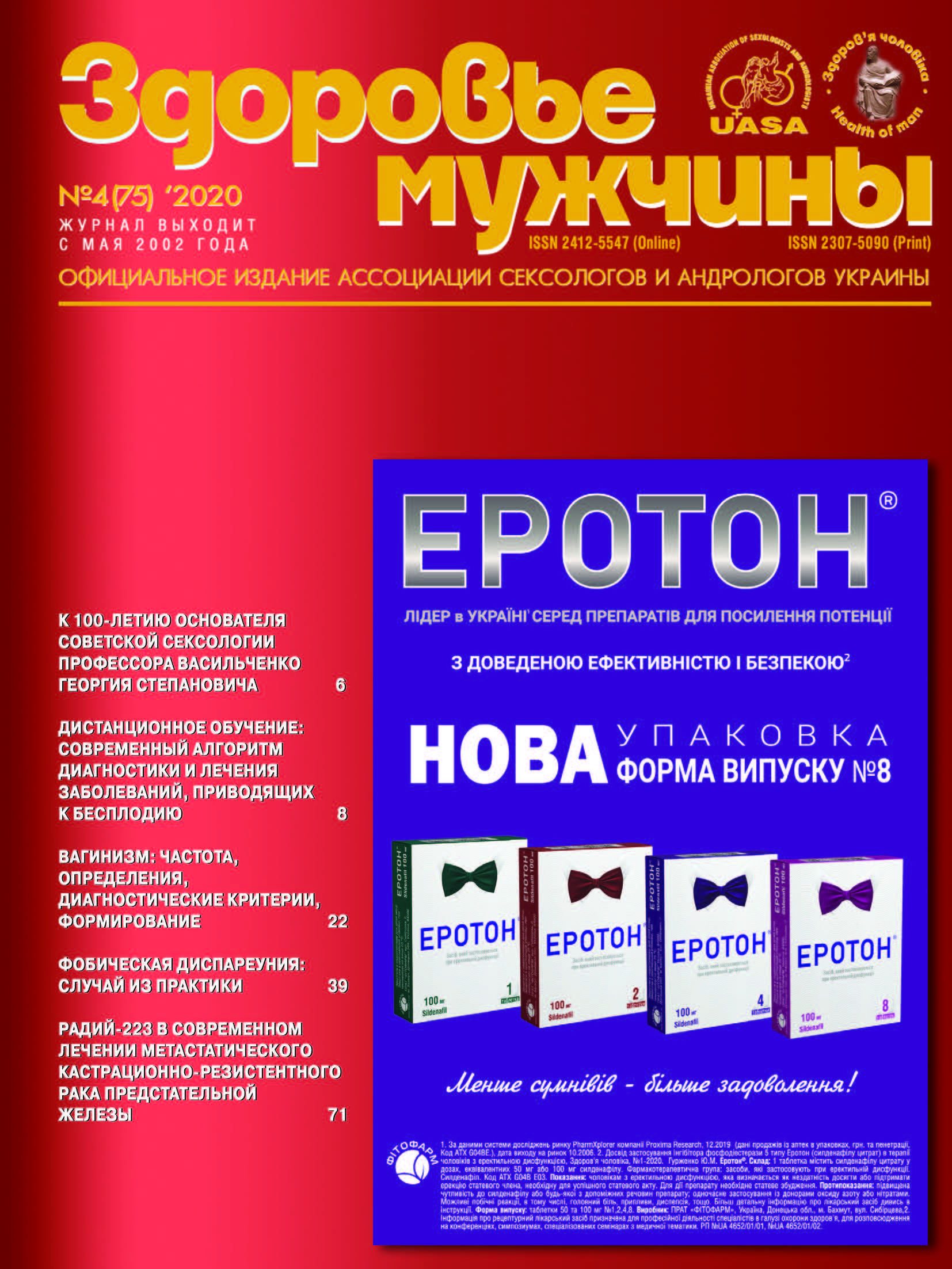 A case of phobic dyspareunia is described. We are talking about a 22-year-old girl whose genital pains first arose 2 years ago during intercourse with a man whose penis length was 25 cm. She had only 5 intercourses with him, and then because of these pains interrupted the relationship with him. Now she is dating a 22-year-old guy who lives in another city, and they come to visit each other. Genital pains and burning in the vagina occur in her not only during intercourses with him and after their end, but even when they are in different cities. In the latter case, they arise when she is planning a trip to another city, involving sexual contacts with her boyfriend (wakes up at night and experiences genital pain and burning sensation “to tears”). Because of this, she cannot sleep. When such a trip is not supposed, then she does not have pain and burning sensation in the genitals. It so happens that the patient comes to her boyfriend, but they do not perform vaginal intercourse, and everything is limited to petting and oral sex. This is preceded by her request to him, and he is sympathetic to her problem. But pains in the genitals occur even with cunnilingus, if not only the clitoris but also the vagina is involved (“bakes, pricks, gives birth to hedgehogs”). She reports that it so happens that pains arise when she comes to her boyfriend, but the matter has not yet come to sexual contact. Before intercourses, she notes the presence of a fear of pain associated with their implementation. This fear is accompanied by tension in the muscles of the body and difficulty in breathing.

Currently, sexual desire is sharply weakened, which can be explained by the presence of dyspareunia. During the examination by the gynecologist, no profile pathology was revealed in the patient. Appropriate cognitive influences and 10 sessions of hypnosuggestive programming were carried out. As a result of the therapy, she stopped avoiding sexual intercourses, began to live a regular sex life, pain during and after intercourses practically ceased to arise, libido was increased.